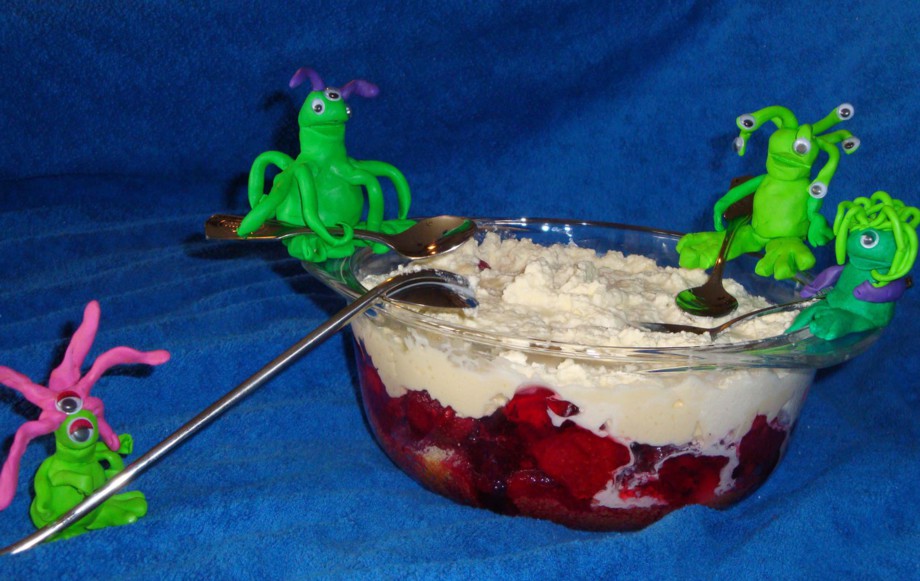 Deleting the following description would be too heartbreaking, so we'll just leave it here.

The present situation is, however, that Cosmic Trifle is not a quartet anymore.

Zander/Zanda died very suddenly on the 24th July 2019. It happened in the early morning, and there was a colourful thunderstorm as a good-bye when the Smallship left Old Earth in search of new adventures.

We performed a tribute concert at the filk con in February 2020 (one of the last things we could do in 2020 anyway), including guests Steffi Zurek and Paul Bristow. (And although we say it ourselves, it was a beautiful concert! Well, at least we enjoyed ourselves.)

There may be a DVD at some point.

Silke left the band in summer of 2020. You may still see her around somewhere, in case we ask her to help out in a song or another!

Besides: Always check the "News" page - there may be some exciting news! (Hint: There are!)

First formed in 1999 with slightly different personnel as Just Plain Folk, the band has gone from strength to strength (with, admittedly, some fairly long gaps in between strengths) and while it would not be true to say that we've had more performances than rehearsals, geography has tended to get in the way a bit.

All of us are multi-instrumentalists, but you'll probably find Zander most comfortable hiding behind a keyboard (which he might even be playing), while Chris or Valerie draws magical melody from the strings of a guitar and Silke's violin weaves a web of wonder over the whole. We also all sing, and we all write songs, though the occasional cover creeps in there.